The problem with potential asteroid strikes is that they’re too infrequent. If we had more asteroid strikes, we could start a gambling website around them. Put your money on where the next comet is going to hit: American.

I’ll repeat it. The problem with comets and stuff is that we don’t place bets on them. We should have this opportunity. NASA thinks it’s so smart, being the ones who predict where space debris and asteroids are.

We want in on that action! I’ve formed a non-profit, the Cosmic Gambling Authority, with the goal of turning rare space events into a lucrative Vegas-based game.

“Look up tonight people, you’re going to see me shining like an exploding star.” said George. Then George walked out of the casino, hopped in an Uber and said “Take me to lookout mountain buddy. Old ‘Georgiy’ is getting the luck he deserves.”

As the Uber sped off toward the desert, a supernova did start,… 100 light years away, and only visible in the Southern Hemisphere. George wouldn’t find this out for light weeks, after his spiral into heroin use.

“What a rush.” said George, as the Uber pulled up in front of the mountain. It was a long, rocky climb, but George didn’t care. He would not let anything stop him from getting that wild payoff. He needed to pay off his college loans, and he was going to do it.

“You know what’s going to happen next.” he said on the way up. “The supernova is going to hit, and I’m going to be rich. I’ll use that money to buy a sports car and date a supermodel.”

“Sounds like a plan” said the Uber driver. “I’ll be rich too.” And then they laughed.

As they arrived at the top of the mountain, the sky was filled with meteors. It was a meteor shower of epic proportions, and George was going to be right in the middle of it.

“This is it.” George said to himself. “This is it. Everyone’s got the easy odds on the meteors, but I don’t like small odds, I bet on supernova.”

George looked around and saw that there was only one other person at the lookout spot. An old man who was sitting in a lawn chair, in front of a telescope.

“I’m not sure.” said the old man. “I’ve never seen a meteor shower like this before.”

“There’s all kinds of money to be made here.” said George.

“I bet it all on a supernova tonight.” said George.

He sat down by the old man, staring at his telescope and thinking about how smart he really was. Then he saw a space rock in the sky.

Then he saw another one.

“What the fuck is that?” he said again.

Then he saw a lot of them. They filled the sky, and they seemed to be glowing.

“What the fuck is that?” he said for a third time.

“I’m not sure if you’re praying to God, or not.” said the old man in the desert. “But here’s some advice for you.”

“What advice do you have?” said George.

“When you’re a gambler, you can’t stop betting. It’s the only way you can win.” said the old man.

And then he started to tremble.

The logo the the “Cosmic Gambling Authority”, generated by VQGAN+CLIP (an AI art technique) 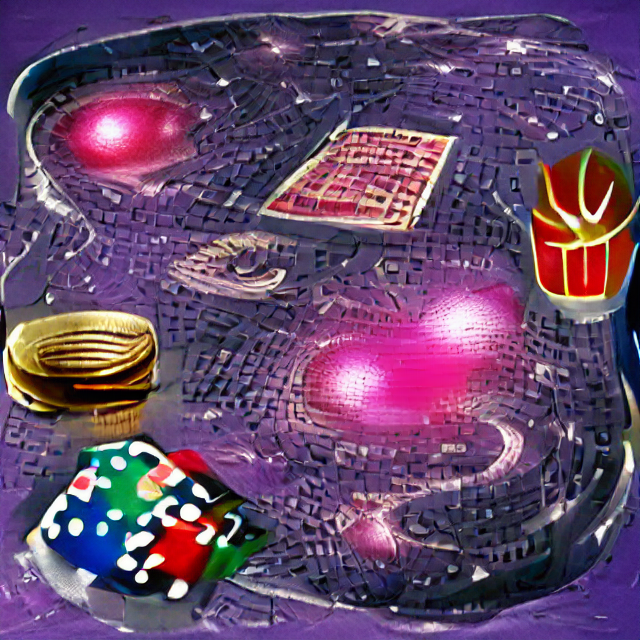 Take care, … and if you can’t take care, take cash or stock options.